Are you suffering from post-campaign depression? Are you one of the people who was caught up in the excitement and work of re-electing the president, and now you need an outlet for that energy? Wondering what to do now?

Some people have realized that they should not allow all that campaign energy to dissipate as happened to some extent after the 2008 campaign. They understand that they can’t expect the president to accomplish his campaign objectives alone. They are therefore organizing around specific issues.

So if you care about an issue, say whether taxes should be increased on the top 2%, which seems to be the issue of the moment, here are some things people can do right now. 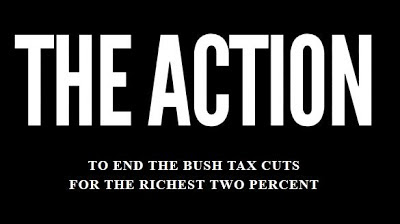