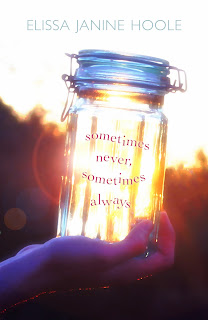 Cassandra fears rocking the family boat. Instead, she sinks it. Assigned by her English teacher to write a poem that reveals her true self, Cassandra Randall is stuck. Her family’s religion is so overbearing, she can NEVER write about who she truly is. So Cass does what any self-respecting high school girl would do: she secretly begins writing a tarot-inspired advice blog. When Drew Godfrey, an awkward outcast with unwashed hair, writes to her, the situation spirals into what the school calls ‘a cyberbullying crisis’ and what the church calls ‘sorcery’. Cass wants to be the kind of person who sticks up for the persecuted, who protects the victims the way she tries to protect her brother from the homophobes in her church. But what if she’s just another bully? What will it take for her to step up and tell the truth?

Cassandra Randall wants to be independent, to succeed and be an individual in her own right. Pity she isn’t sure who she actually is. Seventeen year old Cass is an unwilling member of the Joyful News Bible Church, in small town Sterling Creek. She’s a self confessed closet Atheist, in a family of staunch believers. But that isn’t why Cass finds herself feeling pensive, an online social media survey has exposed her inability to evolve and delve into new experiences. What does she have in her life, that is uniquely Cass?
Best friend Kayla is increasingly becoming unattached to Cass, Cass having grown up within Kayla’s shadow. The tall, dark and mysterious girl now choosing to spend her time delving into the world of art, once again leaving Cass behind. But when Cass is approached by the popular Gordon High mean girls to work on the layout of the school Gazette, this may be Cass’s chance to leave a mark, finally finding something that is completely hers. She didn’t expect it to occupy so much of time.
Cass is forced to attending youth group meetings within the church, and being lectured on all things fire and brimstone is wearing thin. Little sister Dicey happily trails along, while older brother Eric believes, but skips church at all costs. Eric is gay, unbeknownst to their parents, the church doesn’t look kindly upon people straying from their beliefs, nor does the small minded church community. Withdrawn Drew attends church, alone, of her own free will. Cass has known the shy and self aware girl since the two were both young, but dodges Drew’s attempts at friendship. Known as Drew The Shrew, Drew has skin issues, confidence issues. not to mention her aversion to personal hygiene. But she’s lonely, and no matter how hard Cass pushes the kind hearted girl away, she’s determined to befriend her.
Cass has been set a task in her literature class, to sing her own praises. How is she supposed to write a Song of Myself, if she can’t even complete a social media questionnaire? It isn’t until bookshop browsing leads her to buying a deck of tarot cards, that she realises that this could in fact be her own unique trait and on the advice of best friend Kayla, Divinia Starr is born. An online tarot reading service, posting fake readings. But when Cass uses her position at the Gazette to advertise her blog, she never expected the support and backlash that were to follow.
It seems that Cass isn’t the only one that knows that Eric is gay, after being attacked by small minded bigots, she realises why her brother refuses to attend church. Eric is in a loving relationship and the uptight church patrons have him questioning his own beliefs. In a world created equally, why should he have to hide who he truly is? But it still doesn’t help Cass from completing her own Song of Myself, and on the verge of failing her class, she pushes her assignment to the back burner, trying to discover herself.
When mean girls Britney and Annika discover Drew’s musings in Cass’s bag, her intimate poetry goes viral posted on the Divinia Starr blog. Worse still, in a moment of panic, Cass confesses who they belong to. Drew is publicly humiliated, the two girls posting as case and inviting others to join in on the nasty and hateful entertainment… And Drew has been pushed too far.
Cass needs to own up to her mistakes, starting with the tarot cards, failing class and the blog that the church have fought so hard against. To finally stand to account, for drew, for Eric and for the charming Darin, the boy who knew her Song of Myself, even before Cass could write it.
Sometimes Never, Sometimes always could possibly be the coming of age novel that represents small town America. Cass is a follower but desperately wants to march to the beat of her own drum, she just doesn’t know how. Her parents believe in the power of prayer, that supernatural novels are the devils work and that teenagers have no right to privacy. What happens when teens are forced into leading a life of sunshine and rainbows? They rebel, but Cass’s rebellion is subtle, it’s the influence of others and her lack of self confidence that are her undoing.
Elissa Janine Hoole has woven a story that incorporates fears that all teens will relate to, cyber bullying, finding  independence, the loss of friendship and first crushes, the inclusion of small town bigotry and the church’s extreme views against, well, basically everything that could be seen as fun, may leave staunch followers a little uncomfortable. I’m by no means religious, but do understand that religion should be based on forgiveness and respect for your fellow man, but the Joyful News Bible Church is extreme in their views. I really enjoyed it, it was engaging, and the supporting characters leave an impact, even the Gordon High mean girls. I would love to read Drew’s story, she could be the inner voice of most struggling teens.