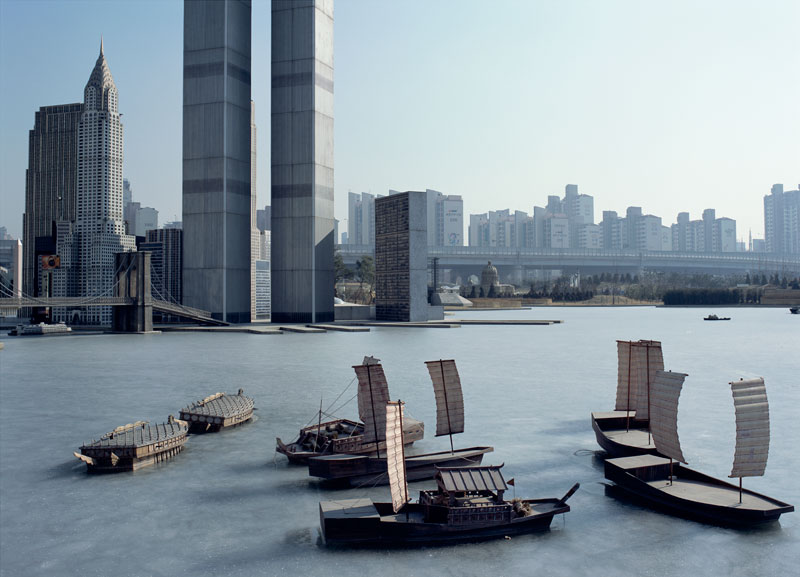 Curator Elizabeth Armstrong’s current exhibition at the Minneapolis Institute of Art is about this slippery slope between truth and fiction in the 21st century. Her show is called More/Real: Art In the Age of Truthiness and the show looks at how artists are responding to a world in which fabrications, fictions, and blatant falsehoods are often accepted as truth without regard to logic or reason. It’s a world where news and entertainment are interchangeable and our social relationships, and even our wars, are conducted in virtual reality.

The work in the show runs the gamut from video to photography to sculpture, and each piece looks at  themes of reality, hyperreality, truth and fiction in it’s own way. Photographer An Me Le takes photos of war reenactments that look like combat photography. Vik Muniz meticulously recreates the back side of famous paintings.  And, in a piece called “Phantom Truck,” artist Iñigo Manglano-Ovalle presents us with a life-size sculpture of one of the fictional weapons labs used by the Bush Administration to make the case for the Iraq war  in 2003.

Elizabeth Armstrong says that the work in More/Real is not  about simply tricking the eyes of the viewer, but rather to get us to be more skeptical of absolute truths and to be more cognizant of the slippery slope between reality and fiction. 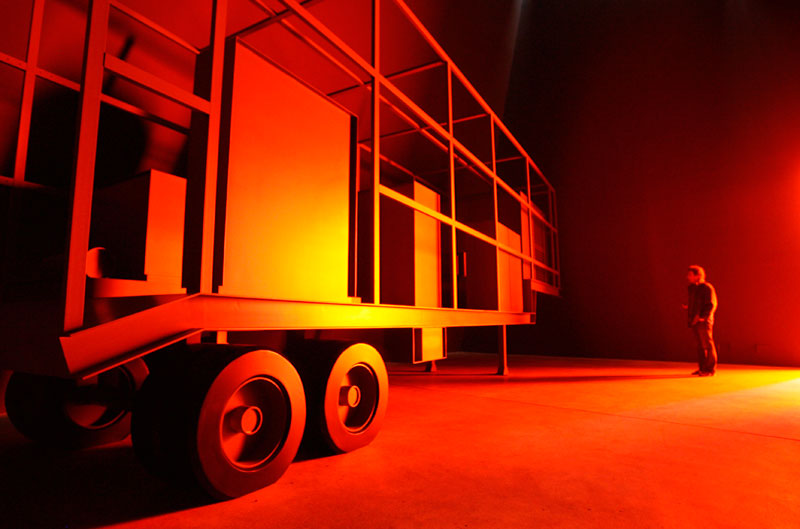 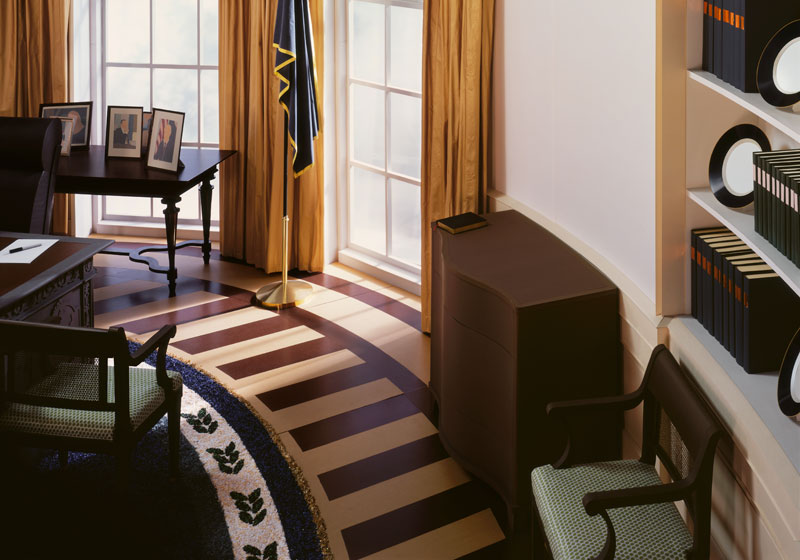 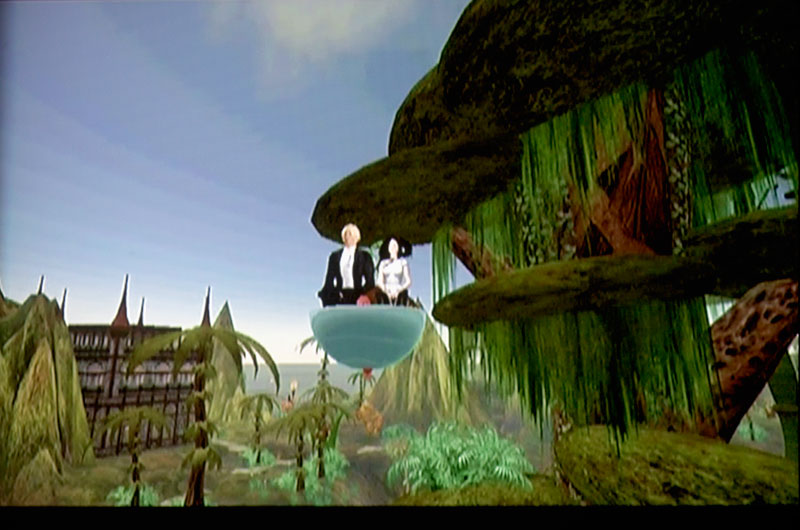 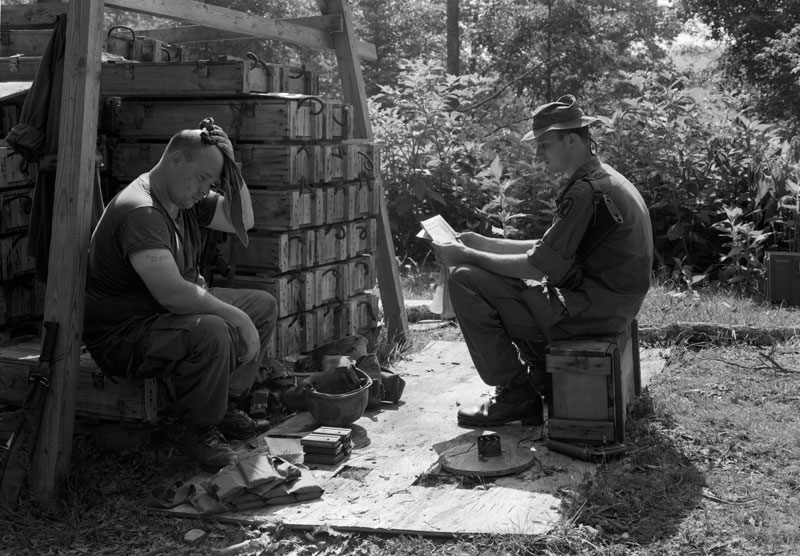 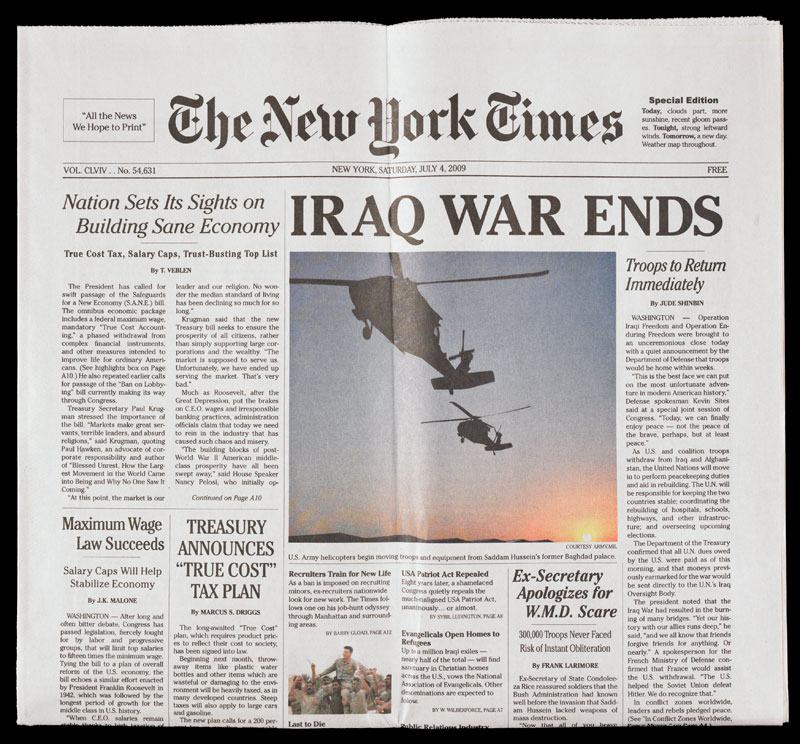