Meg Hitchcock makes intricate large scale text drawings by cutting out letters from holy books — the Bible, the Torah, the Koran — and using them to spell out passages from other holy books. The painstaking compositions are made over hundreds of hours by meticulously cutting individual letters from her source material, and then pasting them, one by one, onto paper in a continuous line of type. Meg forgoes spaces and punctuation, so her pieces read like epic run-on sentences, and the words from one holy text blend into another, challenging the idea that a single text can be the true word of God. 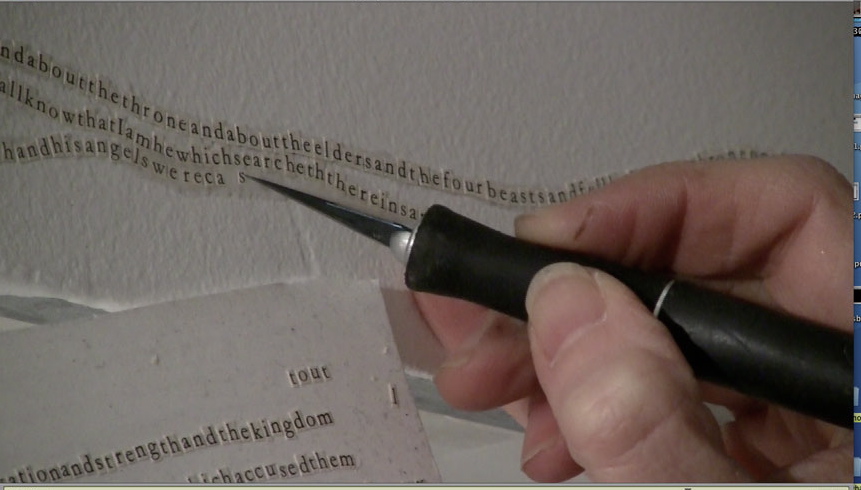 For her 2011 exhibition called Obsession, Meg cut letters from the Koran and used them to write out the entire book of Revelations in a single line of text on the gallery walls. The words snaked around the gallery, crossing the ceiling and floor. It took over 130 hours to install the piece and hundreds more to cut out the tens of thousands of individual letters. “It was really difficult to do,” Meg says. “I wouldn’t do that again with out a stipend and a team of assistants.”

Meg’s artistic practice draws on her experience growing up in a strict Christian home. She says she became born again at a young age, and lived as a born again Evangelical Christian until the age of 30, when she turned away from the church. “I spent so many years under fundamentalism — feeling the weight, the heaviness of fundamentalism … my work is a celebration of having escaped that.” 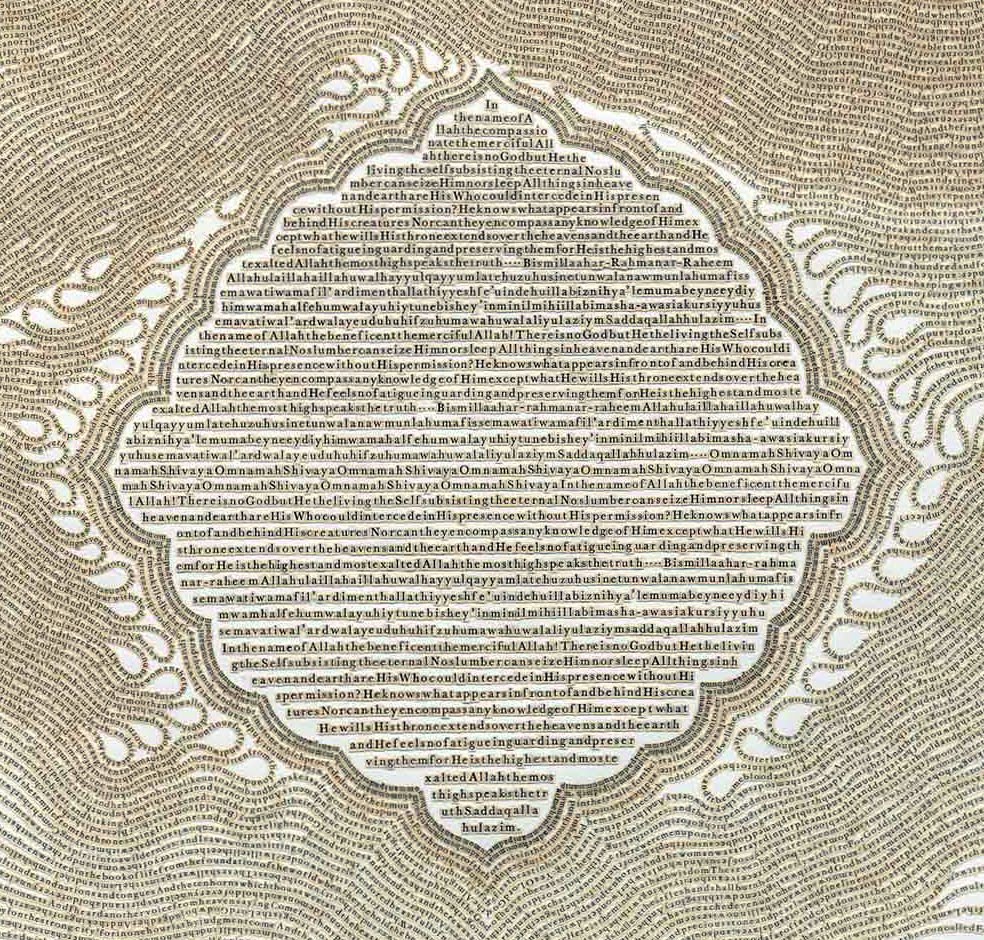 Though her work involves cutting up holy books, Meg does not see her practice as an attack on religion. Instead, by bringing together a mix of sacred writings Meg hopes to point “beyond specifics to the universal need for connection with something greater than oneself.”

This week on the show, I speak with Meg Hitchcock about her text drawings, her experience cutting out every letter from the Koran, and how her devout religious upbringing has shaped her artwork.

Meg is part of the exhibition Different Voices, Unique Visions, on view at ACA Gallery in New York until April 28th.