Artist Dana Sherwood is interested in the boundaries between the domestic and the wild. She is particularly known for work that involves preparing elaborate meals for animals and documenting the ensuing feasts with hidden motion-sensitive cameras. She’s served a picnic to baboons on a beach in South Africa, staged a banquet in her backyard for a family of raccoons, and, most recently, installed a food cart in a botanical garden in Brazil which was frequented by bats, insects and an ocelot. Some of Dana’s work in on view now as part of a show called The Ocelots of Foothill Boulevard, on view now at the Pitzer College Art Galleries. 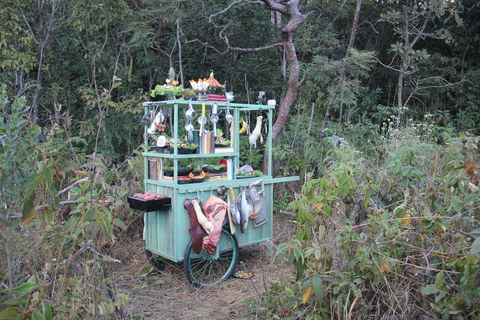 Crossing the Wild Line, In Situ at the Botanical Garden, Brasilia, 2015 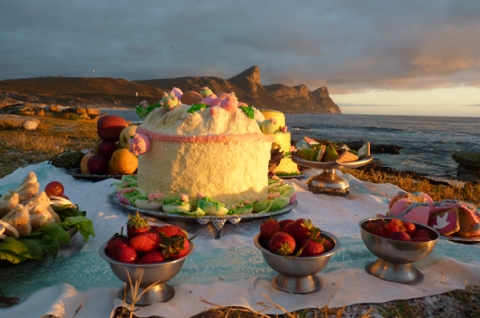 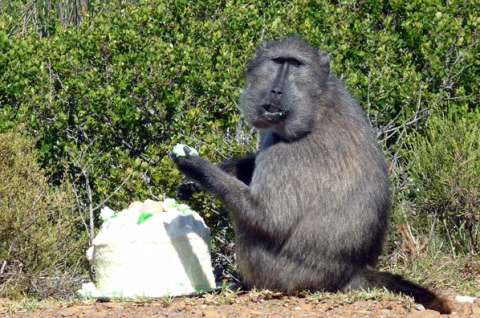 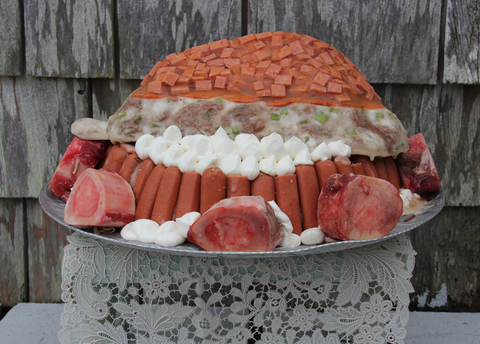 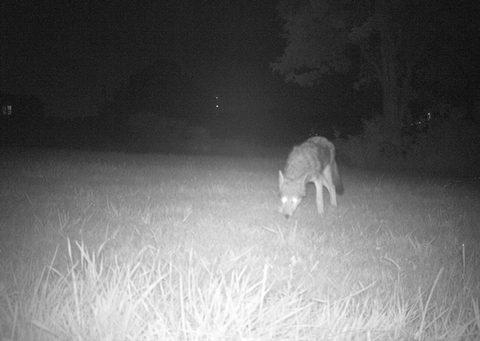