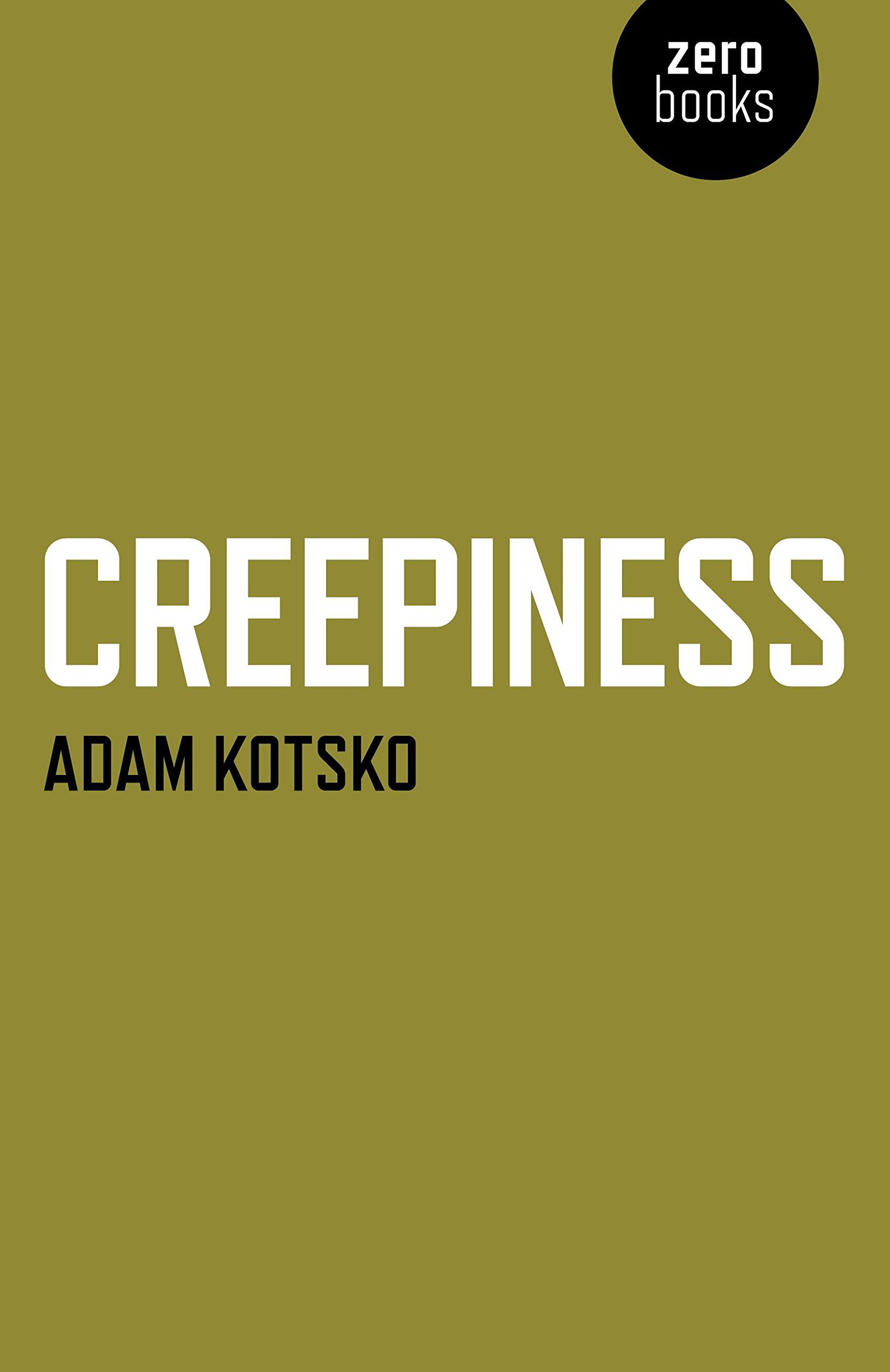 Adam Kotsko is the author of  Creepiness,  a new book that examines the recent rise in creepy characters in movies and TV. From creepy neighbors like Steve Urkel to creepy couples like Frank and Claire Underwood to the creepiness that pervades familiar character tropes like the awkward male, Adam tries to understand exactly what makes something creepy and why we love  watching creeps.

Creepiness is the third installment in what Adam calls a “trinity of social dysfunction,” a trilogy that began with his books Awkwardness and Why We Love Sociopaths.  While awkwardness and sociopathy definitely make appearances in Adam’s analysis of creepiness, what sets creepiness apart is how fundamental it is to all of us. As Adam says: “There really is creepiness underlying everything. It’s part of human nature. We’re creepy.”

This week on the show Adam Kotsko breaks down his theory of the creepy and we discuss different kinds of creepiness and how they manifest themselves in recent TV shows and film.