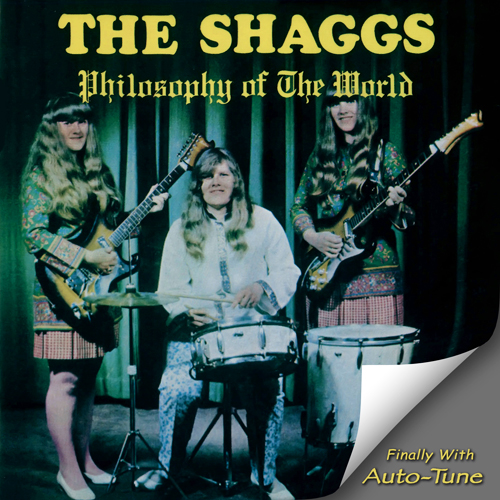 I first came across Jesse Hulcher’s work at Interstate Projects in Brooklyn where he had a video piece involving the film Jurassic Park. Apparently, the newest version of iMovie –Apple’s popular video editing software — has a pre-set called “Jurassic Park trailer,” that’s supposed to take home video footage and transform it into a blockbuster trailer complete with music, quick cuts and all the rest. So, for his piece, Jesse followed the program’s instructions and took clips from the actual Jurassic Park to see how well the software could assemble the footage from the film it claimed to mimic.

Some of Jesse’s other projects include: pairing up the novel War and Peace with Microsoft Word’s “auto-summarize” feature, and applying auto-tune software to the notoriously off-key band The Shaggs. Beyond the usually hilarious and absurd results that these experiments produce, Jesse’s work makes us wonder about how software tools shape our thinking and creativity and what it says about us that these these features are even created in the first place. In addition to these software experiments and his remixes involving bands like the Shaggs and the Ramones, Jesse’s work explores technology more broadly, utilizing on-line tools  like Gmail, message boards, and html code  to examine the many ways our daily lives and emotions are represented in both virtual and physical space.

I met with Jesse at his apartment in Brooklyn to talk about his work. I also learned about  his online collaboration with someone named Pony Eyelashes and the time he received an early morning phone call from the vice president of CompUSA.